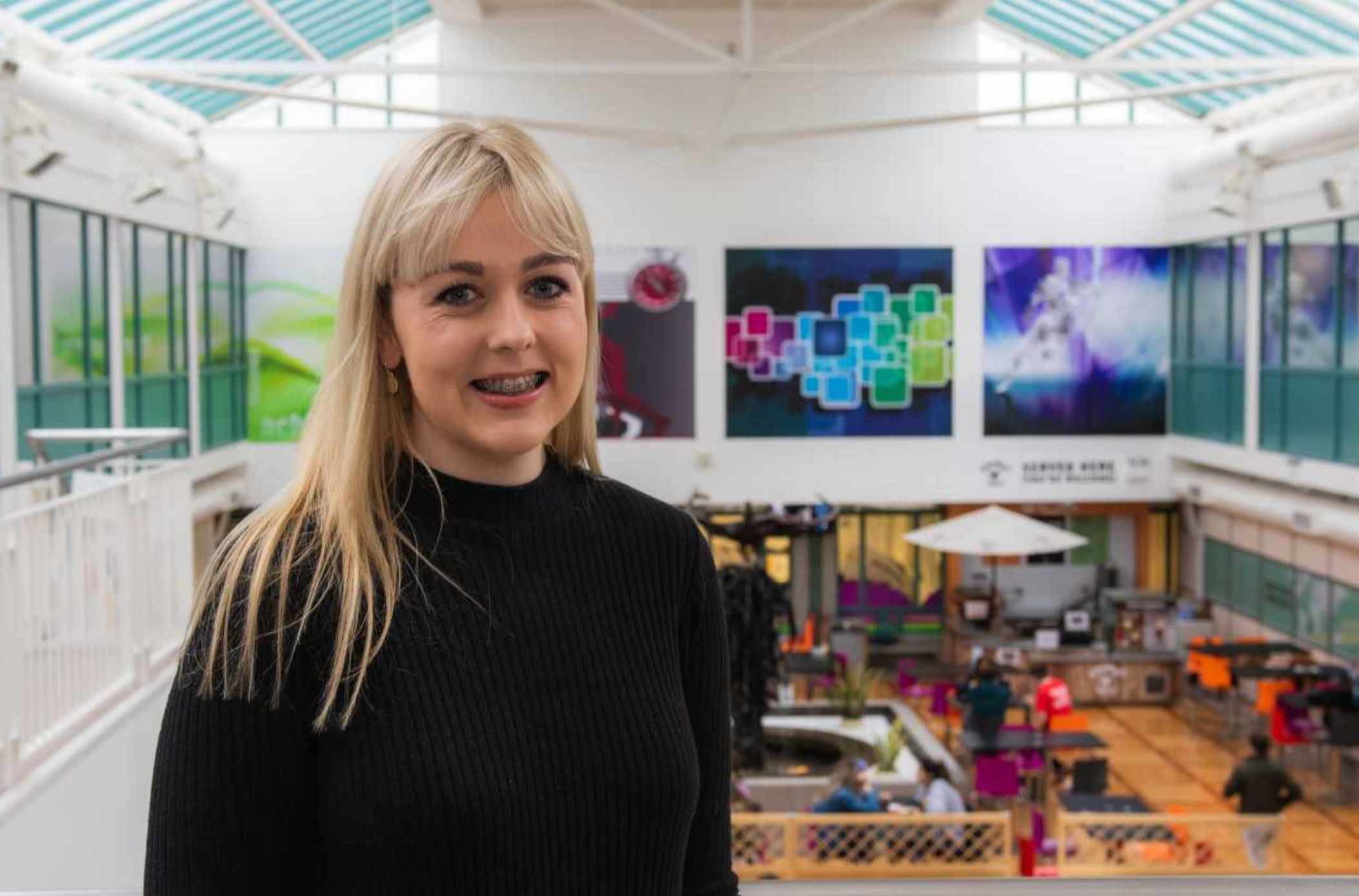 Research Spotlight: What Irish Centenarians Can Teach Us About Longevity and Aging

Why are some people living significantly longer, healthier, more fulfilled lives and how can we emulate them?

International Women’s Day is a celebration of female accomplishment and a call to action for gender equality worldwide. This years’ theme #BalanceforBetter is about recognising women’s value in society and the importance of creating balance in the world around us for the good of all. For this years’ celebrations, we’re highlighting some of the trailblazing women - past and present - that have paved the way forward for young women and impacted positively upon our institute in their own unique way. As we celebrate this years’ event, let us remember that empowered women, empower us all.

Once an exclusive club, the number of people living to celebrate their hundredth birthday has grown exponentially across both the developed and developing world - to the point where centenarians are now the fastest growing demographic globally. In Ireland, the centenarian population has exploded - rising 20% in just four years. This number, which now stands at 456, is expected to increase 10-fold by 2050. By the turn of the next century, it is estimated that there will be more than 25 million centenarians living worldwide.

While this remarkable phenomenon can be attributed, in part, to advancements in healthcare, technology, living conditions and improved economies, Alison Fagan, an MSc researcher in the Department of Nursing and Healthcare at Athlone Institute of Technology, believes there’s more to extreme longevity than meets the eye. “Centenarians have long been regarded as paragons of successful aging. I wanted to know what they did, beyond the norm, to extend their lifespans,” she said. Under the stewardship of Dr Mary McDonnell Naughton and Lorraine Gaffney, both lecturers in the Faculty of Science and Health, Alison set about finding and interviewing a sampling of Ireland’s centenarians. She soon discovered a range of psycho-social factors that have an incredibly potent impact on the aging process.

The first commonality to emerge from her research was the importance of social connectedness and having close ties to friends, family and the wider community. “I’m not talking about how we would rank social connectedness today – I could say I’m extremely socially connected because I have 700 friends on Facebook and 300 people like my Instagram page – but that’s a foreign world to them. They’re talking about real-time connections, face-to-face interactions with the people around them,” she said. “In the modern world, where people appear more ‘connected’ than ever, we’re actually totally disconnected – it’s a cruel irony and something I’ve become more aware of since I began this research. Look around any coffee shop and you’ll observe people sitting together in groups completely ignoring each other – every one of them preoccupied by their phones”

Loneliness and social disconnect is an incredibly pervasive problem that affects all strata of society. Irish women aged between 65 and 85 are considered particularly at risk of withdrawing into themselves following retirement or the loss of a spouse. Meanwhile, at the other end of the scale, 16-24-year-olds are experiencing record levels of depression and anxiety with more than 10% of them reporting feeling often or always lonely. “Loneliness is worse for your health than smoking, it’s a silent killer. We need to listen to the centenarians who are telling us to develop our social relationships and put down the phones and actually talk to one another,” Alison said.

The centenarians also stayed active into retirement and maintained “hobbies, goals and roles” right through from childhood to adulthood. She recalled her first encounter with one of the oldest participants in the study – a sprightly 106-year-old man with a penchant for gardening: “I pulled up to the house and saw a man flying around his garden on a ride-on mower. I, assuming he was the son, introduced myself and asked to speak to his father. He laughed, hopped off the lawn mower to shake my hand.” Shortly after, Alison discovered that same man still had an active driving licence and drove to mass every Sunday to meet his friends.

She was also struck by how engaged the centenarians were with what was happening in the world around them on both a micro and macro level. Every one of them had an opinion on the big stories dominating the news cycle at the time, most notably #MeToo and #Repealthe8th, and was determined to take an active role in the public discourse.“As a trained nurse working in aged care, I often see patients on the other end of the spectrum - older people who have retreated into themselves because they feel that no one wants to listen to what they have to say, even though they have many years of experience that society could benefit from,” she said.

Resilience and the power of positivity

Many of the study participants also showed a propensity for resilience - a quality that saw them through some extremely challenging times. Some were orphaned, others had experienced difficulties in their married lives and were left rearing children by themselves, while others had never married at all. For Alison, the commonality was not in the event itself but in how they dealt with it: “They took setbacks in their stride, stepped up when needed and didn’t complain about it.” She gave several anecdotal examples, one of which detailed how, when one of the women’s husbands got sick, she took on the role of a full-time carer so that she could nurse him back to health. “What’s even more incredible is that he is two years older than her and she was 96 at the time,” she explained. “That kind of resilience and positive outlook on life is inspiring, it’s something we should all take on board.”

Looking to the future

With more and more people making it to 100 and beyond, Irish centenarians are beginning to impact society on a grand level. Through stakeholder-informed research like Alison’s, policy makers will have the tools to plan for the future and put supports in place to meet increased demand on housing, service, medical care and considerations to pension and working age. “These are the conversations that we need to be having now,” she said. “As it stands, the healthcare system is already flummoxed. This problem isn’t just going to go away, it’s only going to be compounded as the centenarian population grows.”

Believing prevention to be better than a cure, Alison maintains that more money needs to be allocated to health promotion and educating people on how to make better choices and stay healthy – something that is atypical across the developed world. “Unfortunately, we have a tendency to treat problems once they arise, not prevent them in the first place,” she said. Other things that can be done to promote successful aging include encouraging people to stay in their homes longer as aging within the community, has been proven to be much more beneficial and cost effective. She also recommends that neighbours check in on people most at risk of social isolation – namely widowers and people living in rural areas.

“What I’m hoping to stress to people is that we, as a society and as individuals, can learn from the centenarian population and implement changes right now that will affect our journey to old age and improve our longevity and quality of life. We just need to listen to our older people and afford them the value and respect they deserve,” she finished.

Download Hi-Res Image for Research Spotlight: What Irish Centenarians Can Teach Us About Longevity and Aging