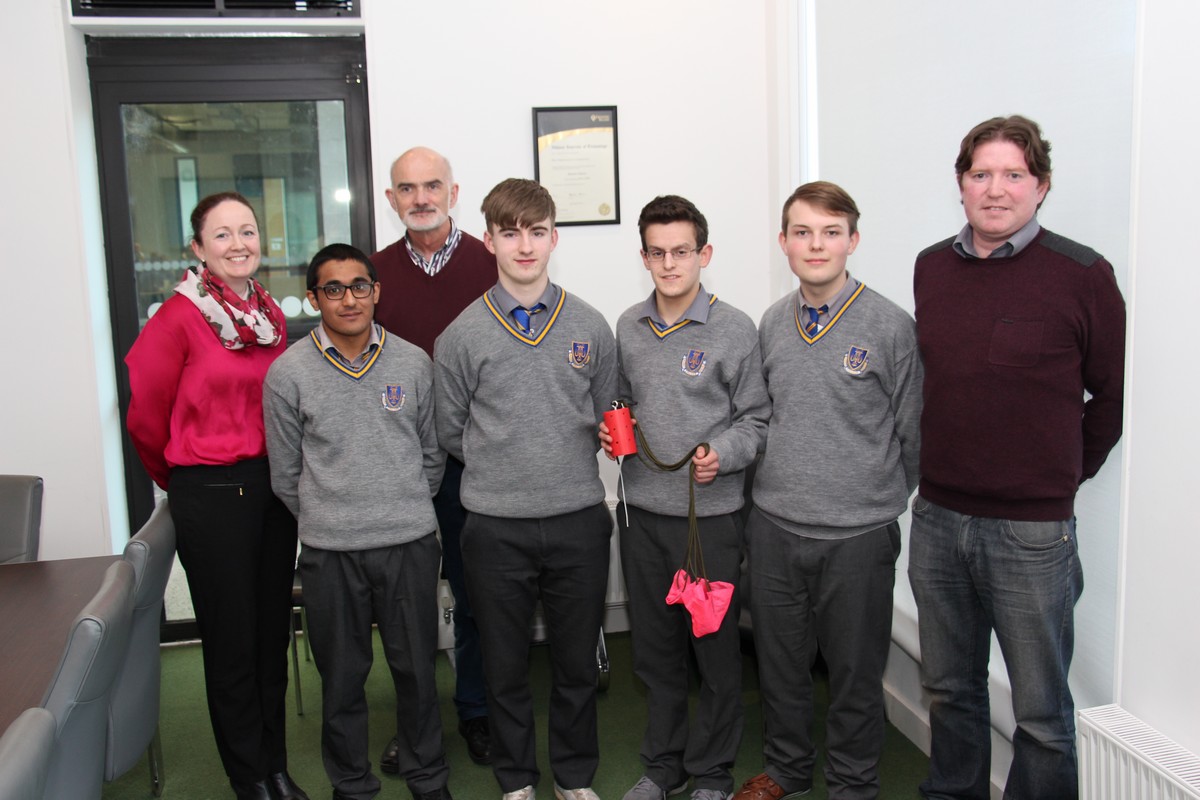 A team of students from the Marist College in Athlone have been crowned this year's winner of the CanSat midlands regional finals.

The competition aims to promote the areas of science, technology, engineering and maths amongst transition year students by encouraging them to design, build and fly small drinks can sized satellites packed with sensors.

The challenge for the students is to fit all the major subsystems found in a satellite, such as power, sensors and a communication system, into a can.

The aim for each group is to measure temperature and pressure and should also include a secondary mission which the team chooses, such as a GPS receiver to track the CanSat.  After launching and analysing the data, the team then made a 10-minute presentation to a panel of judges. The project teams were marked on their educational value, technical achievement, team work and outreach.

To prepare the teams for the competitions CanSat Ireland has a partnership with seven Institutes of Technology.  AIT is the regional partner for the midlands region.  Dr. Marcus Rahilly, Head of Electronics & Informatics Department along with Paul Mulvey and Kevin McDermott organised workshops in AIT for the students to assist in building and programming their CanSats.

The Marist College in Athlone were chosen as the overall winners and they progress to represent the Midland schools at a national final in Portlaoise on April 26/27. The outright winner in April will go forward to a European event later this year.