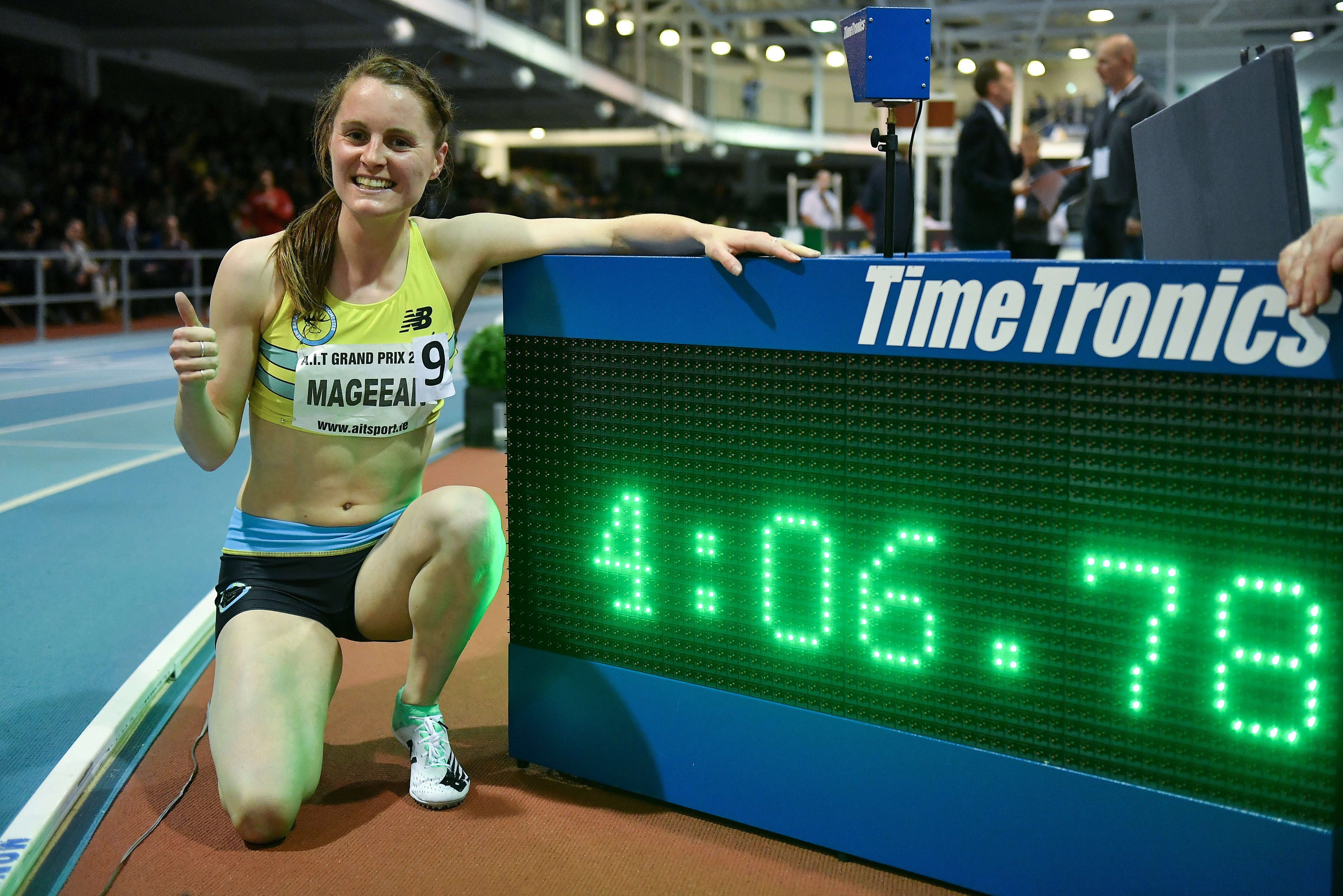 The Irish were on flying form tonight, smashing several national and stadium records to the delight of a sold-out crowd. The atmosphere was electric as stand-out star Ciara Mageean outkicked Romanian rival Claudia Boboca in the TG4 Women’s 1500m with a tactically brilliant performance. Setting a new Irish and stadium record with a time of 4:06:78, the 26-year-old set herself up nicely for the upcoming European Championships in Glasgow. Rising talent Sarah Healy raced valiantly running a time 4:16:98, but ultimately couldn’t catch the Irish superstar.

Also flying the flag for Ireland was Mark English, who scooped first place in the highly competitive Midlands Print Men’s 800m. The crowd watched with bated breath as English burst past Eric Sowinski (USA) on the back straight, refusing to relinquish his lead and ultimately setting a time of 1:46:92. Coming in an impressive third, Ireland’s Zak Curran posted a time of 1:47:73 - placing two Irishmen on the podium.

Back to defend his Ericsson 400m title, Irish Olympian Thomas Barr narrowly missed out on first place to Dutch runner Tony Van Diepen who edged him out in a dramatic sprint finish. Portuguese Ricardo Dos Santos was third across the finish line with a time of 47.44, while Irishmen Leon Reid and Luke Lennon Ford were also on the start line.

Asia’s fastest man SU Bingtian (CHN) certainly earned his moniker in the men’s 60m, breaking the stadium record in heat 1 with a slowing up 6.54. He was closely followed by Takuya Kamakawi (JPN) in 6.57. Kyle De Escofet took the win in a slower second heat by running 6.72 and Marcus Lawler (IRL) came in second with 6.58. Bingtian maintained his performance in the final and yet again lowered the stadium record by bringing it down to 6.52 seconds. Kamakawi came in second, posting a time of 7.58, while Confidence Lawson took third place.

Australia’s Ryan Gregson, who sought his third consecutive win in the AIT Men’s Mile this evening, was faced with stiff opposition in the form Marcin Lewandowski who recently broke the Polish record. He ran a rapid 3.56.41 holding off Stewart McSweyn (AUS) to win the blue riband of the sixth AIT International Grand Prix. Defending champion, Ryan Gregson came in third place, just holding off Ireland’s John Travers who chalked up yet another sub-four-minute-mile with a season-best of 3.58.48.

Reigning Olympic Champion Thiago Braz de Silva came to AIT for the Hodson Bay Group men’s pole vault event with the stadium record of 5.77m firmly in his sights but it just wasn’t his night as he maxed out at 5.45m. Tommi Holttinnen (FIN) was a gleeful winner as he beat off the challenge of Pål Lillefosse (NOR) on countback as both cleared 5.65m.

Heat one of the AIT Sport 60m hurdles was won by Elmo Lakka (FIN) in 7.73 seconds while David King (GBR) was first over the line in heat two with a very close 7.76 seconds. The final saw the stadium record lowered by David King (GBR) to 7.66 seconds in the final. Lakka 7.75 was second over the line and Andreas Martinsen (DEN) 7.95 was third.

Flings Owoso-Agyapong (Ghanian) and Gayon Evans (JAM) came to AIT for the Alkermes 60m sprint with PBs of 7.18 and 7.14 respectively while Molly Scott and Ciara Neville of Ireland were hoping to upset the odds. Corinne Humphries (GBR) 7.37 seconds edged out Ciara Neville and Evonne Britton in heat one with Gayon Evans 7.33 winning heat two ahead of Ireland’s Molly Scott 7.39 and Phylicia George 7.48. Evans flew home for the win in a time of 7.27, heat 1 winner Humphries (7.37) was next over the line but Irish girl Molly Scott wowed the home crowd finishing second in 7.39.

Yet another stadium record was broken in the women’s High Jump with the previous record 1.81m being raised to 1.87m by Greek jumper Tatiana Gusin. The second step in the podium went to Ireland’s Phillipa Rogan who jumped an impressive 1.84m. Mexico’s Ximena Esquivel took home third place from Beth Partridge (GB) on countback with both clearing 1.80m. 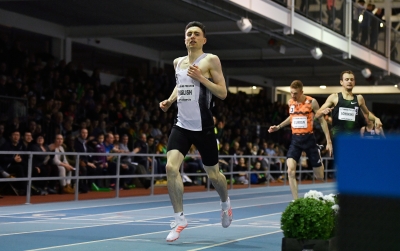 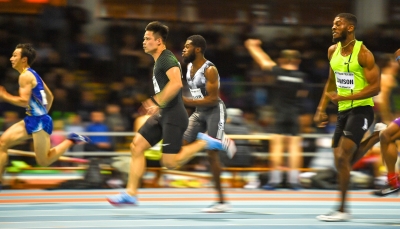 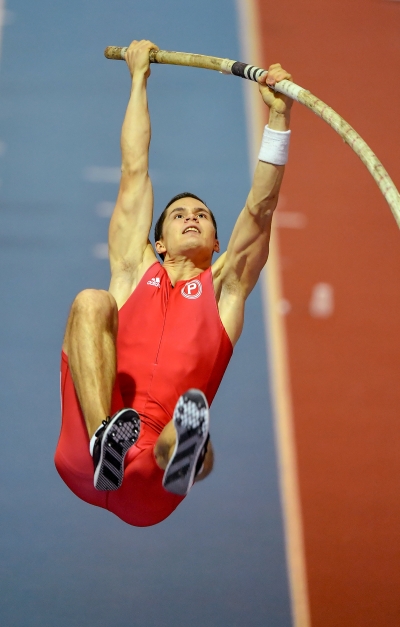