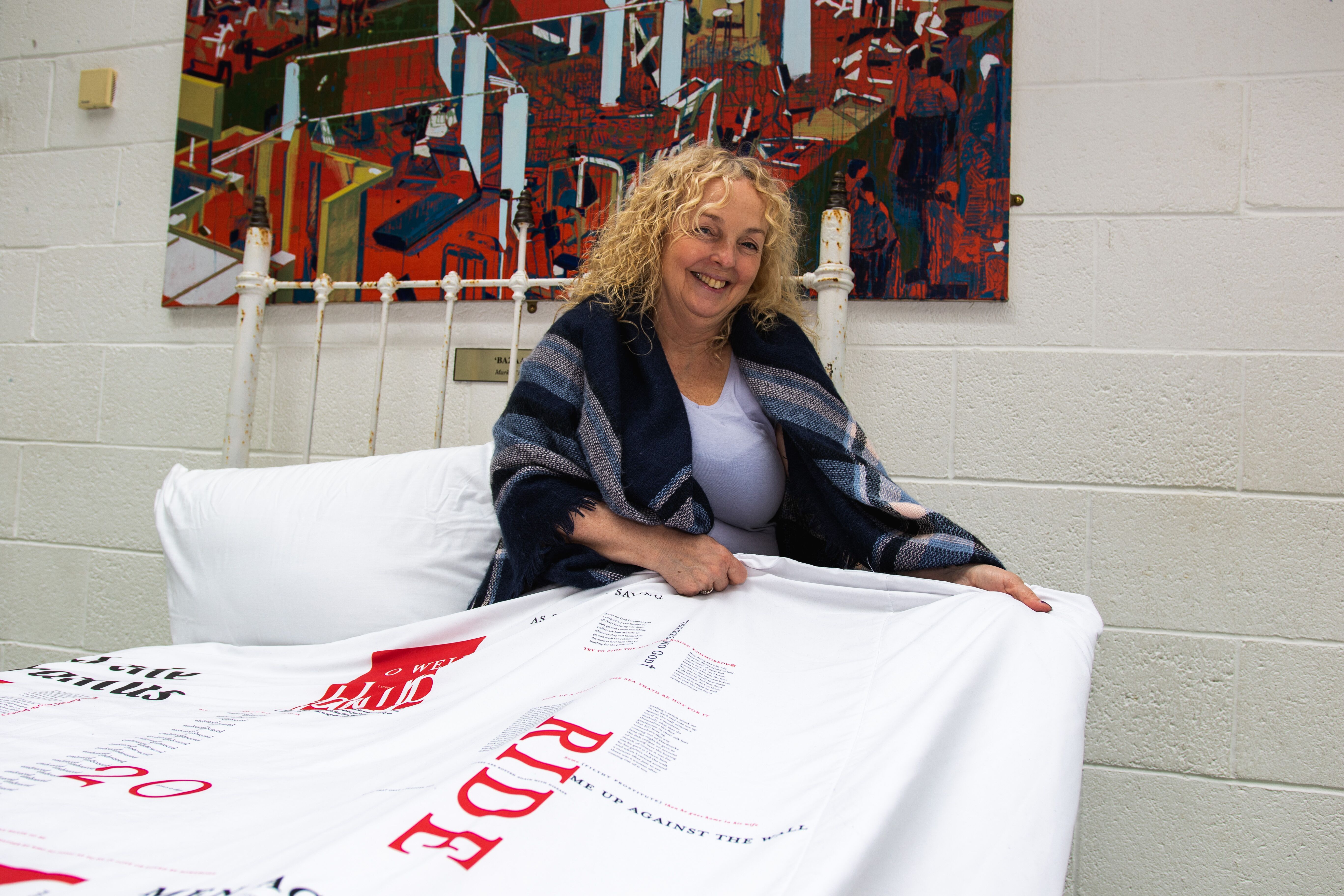 “I’ve always had a natural curiosity about James Joyce given that he was a Dubliner – as am I originally– but I’d never actually read any of his work. People often buy James Joyce – particularly Ulysses – and display it around their house but never sit down to actually read it,” she said. “When I first picked it up I thought to myself ‘now I understand why’ because much of it is written in a stream of consciousness with little to no punctuation throughout.”

Determined to tackle the notoriously challenging text and to inspire other people to read Ulysses, Anne spent an inordinate amount of time researching the unique culture that has sprung up around Ulysses and the Joycean depiction of life in Dublin. “The more I read, the more I got into it – though I did feel like running away halfway through,” she quipped.

Through her study, Anne developed a deep and profound respect for James Joyce’s work, seeing past the bawdy humour and sometimes coarse, crude language used to depict Leopold Bloom’s - the hero of Ulysses - odyssey through the bars and brothels of Dublin. It was ‘Molly’s Monologue’, however, – the final chapter of the Joyce’s modernist masterpiece - that struck a chord with her. “Leopold’s wife Molly Bloom lies in bed contemplating life and putting the world to rights. She covers everything from men to religion using some incredibly colourful words!” Anne explained.

Anne broke ‘Molly’s Monologue’ into sections, each representing one of the soliloquy’s eight long ‘sentences’. “It helped me understand it a lot more; by the time I’d finished the project, I didn’t even need to look. I knew it off by heart,” she said.

For Anne, to receive such accreditation so early in her career is a huge achievement and a testament to the calibre of her work. “I’m on a high, it hasn’t sunk in yet,” she said. “Really, it’s such an encouragement to seek more and to do more. It’s a stepping stone. It’s made me realise how much I enjoy typography as a subset of graphic design and that I want to do more with it.”

Anne, who has a background in fine art, returned to college as a mature student to pursue a degree in Graphic Design. “You’re never finished learning,” she said. “I was turning 60 and the first day I arrived on campus, I wanted to run, but I persevered and found my feet thanks to my amazing classmates and lecturers. This award is really a reflection of all of the help and encouragement I’ve received throughout my degree.”

Tara Cullen, Graphic Design Lecturer at Athlone Institute of Technology and ISTD membership holder herself, mentored Anne throughout the process. “She was fantastic – under her direction I learned new techniques and developed my own unique style,” Anne said. “A lot of this work you learn by doing so it’s important to try different things to see what works and what doesn’t.”

“Anne is an incredibly hard-worker and a talented designer – For her to receive this sort of recognition so early in her career is phenomenal - I’m absolutely thrilled for her,” Ms Cullen said, adding: “We have a demonstrated track record of producing competent, high calibre graphic designers, this award further demonstrates that; Our graduates are up there with the best in the world.”

Fellow Graphic Design Lecturer Eoin Heffernan is another influential figure, instrumental to Anne’s development as a designer. She credits him with helping her win this award and says he inspired a lot of her design choices. “He’d say ‘go to your sandbox’ which meant go and play and don’t be afraid of making mistakes. In many ways, he encouraged me to be bigger and bolder in my art,” Anne explained.

Taking his advice on board, her design, which originated in A3, kept growing larger to accommodate Molly’s seemingly endless stream of consciousness. Paying typographic tribute to the location of the monologue, Anne created a two-sided ‘giant duvet of quality words’. “Flip it over and you’ll see some rather colourful language,” she warned.

Commending Anne on her courageous design choice and commitment to the project, Mr Heffernan, said: “Central to Anne’s success is the drive to develop her design and typography skills by challenging herself to express the famously challenging writings of James Joyce. As a lecturer, it’s a pleasure to see work developed to this standard through repeated cycles of design development by a student determined to produce a high-quality outcome.”

Graphic Design Lecturer and ISTD membership holder, Nicole Mc Kenna, added: “Designers from all over the world vie to meet the rigorous typographic standards of the ISTD. Anne Brady should be very proud. Her hard work and determination has paid off and huge congratulations are in order. Anne, a born and bred Dubliner has put James Joyce’s Ulysses to bed – albeit on a duvet cover – a typographic duvet cover.”

Anne’s “giant duvet of quality words” will see her fly to London on July 12th to receive her official ISTD membership certificate. The ceremony will be held in Pentagram, one of the world’s leading graphic design agencies.

The ISTD is responsible for establishing, maintaining, and promoting typographic standards worldwide and grants membership to practising designers, educators and graduating students who demonstrate, through the quality of their work, their commitment to achieving the highest possible standard of visual communication.

An educational powerhouse defined by a commitment to academic excellence, rigour and applied education, Athlone Institute of Technology has enjoyed considerable successes in the academic arena this year, most notably being named ‘best in class’ for research across the technological higher education sector. Further solidifying its reputational prowess, the institute was recently awarded ‘Best Academic Partnership’ at the prestigious national Education Awards for its part in developing SURE, Ireland’s first academic network dedicated to promoting undergraduate STEM research across the technological higher education sector. These accolades build upon the institute’s success in winning the Sunday Times Good University Guide ‘Institute of Technology of the Year’ award in 2018 for its unwavering commitment to academic excellence and innovations in applied learning. 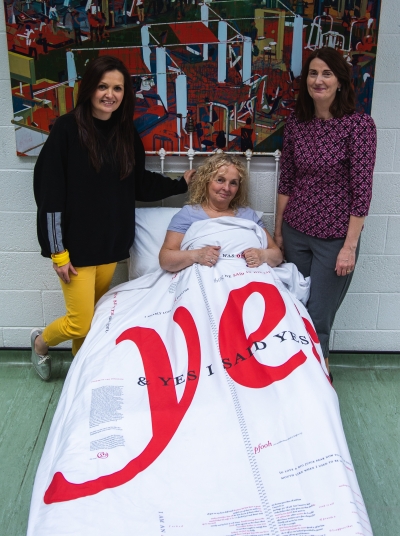 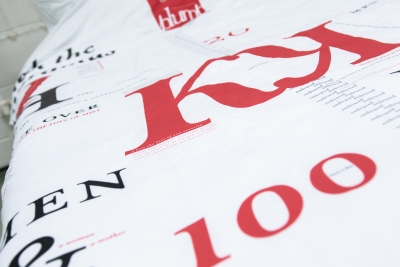 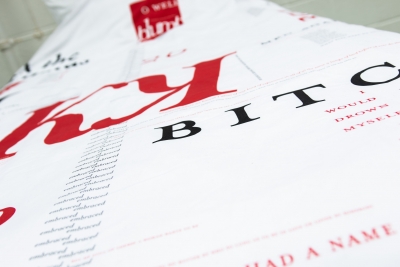 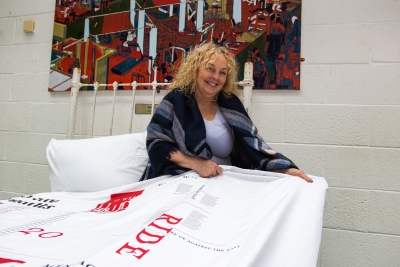