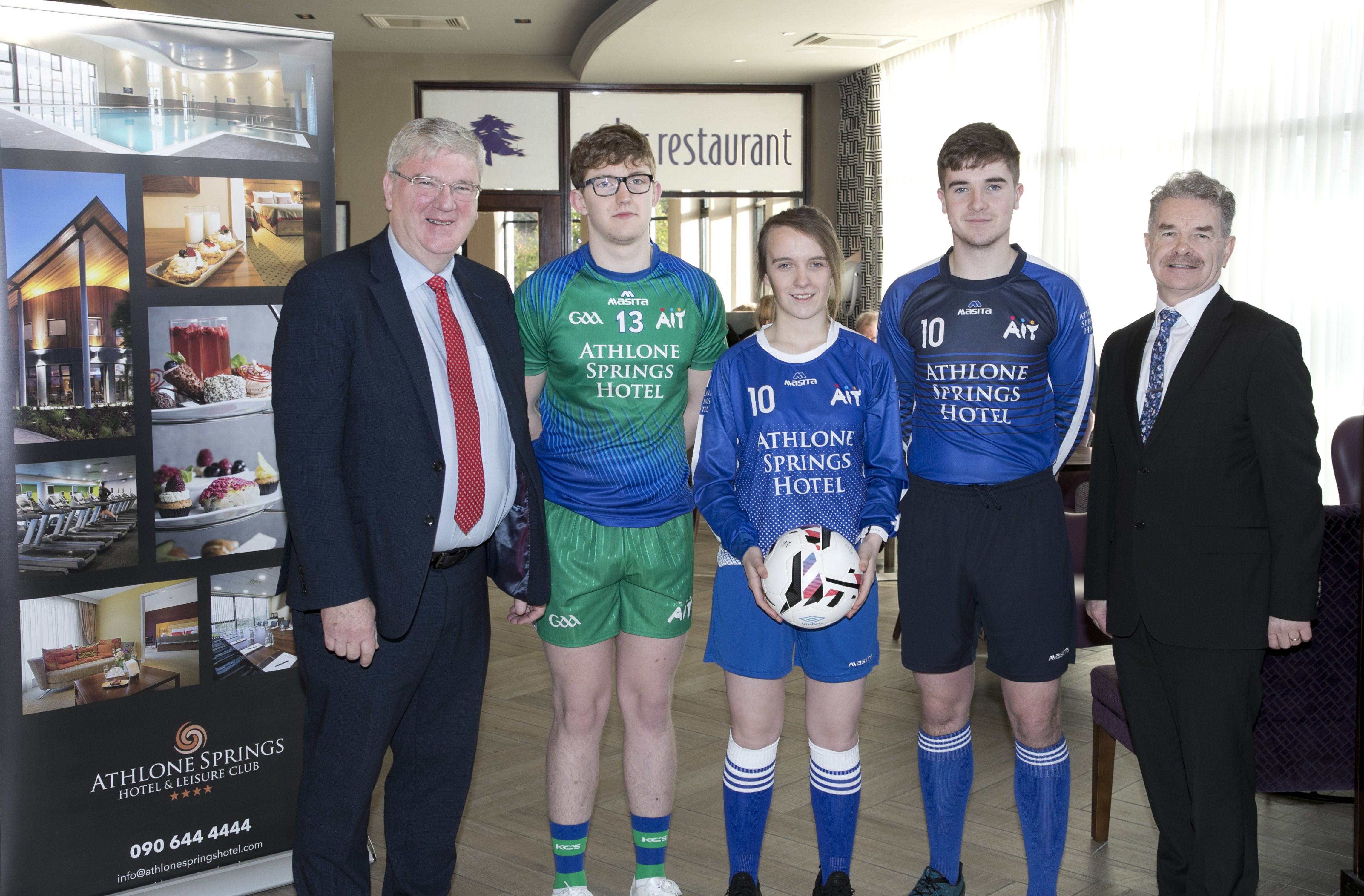 Athlone Springs Hotel, which forms part of the Só Hotels Group, is proudly sponsoring Athlone Institute of Technology’s men and women’s soccer and hurling teams for the academic year 2019/2020.

Pat McDonagh, the owner of the Só Hotels Group, called the sponsorship a “natural fit” given his “strong ties” with third level institutes throughout the country.

Mr McDonagh, who is also the founder and owners of Supermac’s - a major Irish fast food franchiser - said his support of sporting teams was a source of great pride for both himself and his wife, Una.

Since adding the Athlone Springs Hotel to his portfolio, the Irish businessman and former school teacher said that he’s been overwhelmed by the support that he has received from the local community and stressed his desire to give back and “assist in whatever way we can.”

Welcoming the sponsorship, President of Athlone Institute of Technology, Professor Ciarán Ó Catháin, said: “I’d like to thank Pat McDonagh and the Athlone Springs Hotel for kindly sponsoring our sports teams, and proudly attaching their name to ours. I expect this partnership will prove fruitful for all involved in the coming weeks and months as our talented players represent AIT on a national and local level.

“Pat has always been incredibly supportive of our award-winning institute and his generosity has already led to the rebranding of our men and women’s hurling and soccer jerseys.”

Since the group took over the Athlone Springs Hotel a year ago, they have made a significant investment to modernise the hotel, including opening a new conference centre and refurbishing the bar and ballroom. The team will shortly begin upgrading the hotel’s leisure centre.