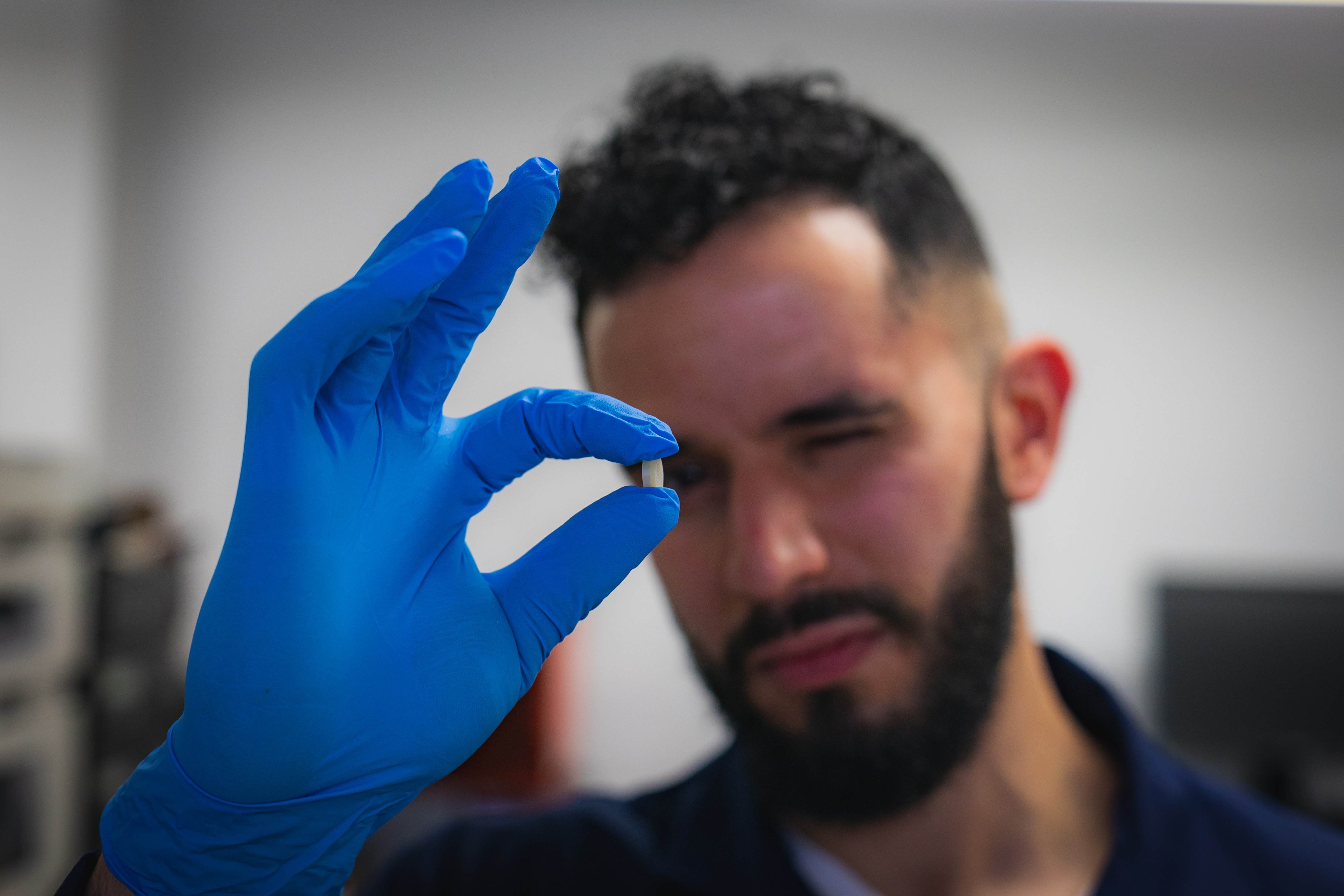 One Pill to Cure Them All? AIT Researchers Working on ‘Made to Order’ Personalised Healthcare Technology

This new customisable technology heralds an era of modern, highly specialised healthcare that has the capacity to help people live longer, healthier lives

What if there was one ‘magic’ 3-D printed pill patients could take which was capable of combining and releasing medications in the correct quantities and conditions as determined by their own unique genetic profile? That’s the future of healthcare and our researchers are busy making it a reality…

Researchers have long suspected the concurrent prescription of medications, otherwise known as polypharmacy, to be a leading cause of therapeutic non-compliance among patients. For many, remembering to take a cocktail of medications – in varying sizes, colours and contexts - can be confusing and overwhelming, ultimately leading to a poorer quality of life and estimated compliance rates of between 50-70%. If prescribed, dosed and managed correctly, however, the benefits of polypharmacy can far outweigh the costs, leading, among other things, to an increased life expectancy.

With this in mind, researchers from Athlone Institute of Technology’s Materials Research Institute combined their extensive knowledge of material science, additive manufacturing and injection moulding to ‘fix’ the issue of high pill burden and poor therapeutic compliance. PhD candidate Evert Fuenmayor and his supervisor Dr Ian Major have developed a blueprint for customisable tablets, capable of combining and releasing drugs in the correct quantities and conditions over a prolonged period of time.

This drug delivery technology, which is ingested orally, can be tailored to the specific needs of the patient as determined by their genetic profile. “Using pharmacogenomics, doctors can use the patient’s genetic profile to predict drug efficacy and guide dosages,” Evert, whose background is in mechanical engineering, explained. “It essentially tells us how an individual will respond to medications.”

The duo began by questioning if biocompatible, biodegradable polymers via 3D printing would be suitable vehicles for customisable drug delivery. At the time, researchers were using it for things like rapid prototyping and making parts, not drug delivery. “When we started this research, the idea that 3D printing with polymer could be used to deliver drugs to the body was really novel – no one was doing it,” the 29-year-old Venezuelan man said. “What we’ve managed to create is highly personalised, adaptable healthcare technology.”

It took three years for the Evert to perfect the 3D printing technology for tablets, which relies on specific polymers and printing parameters to deliver active ingredients and formed the basis for his first two PhD publications. He started off using caffeine as an active ingredient and soon realised that he could change the tablet’s release profile – basically how and when it was delivered - by making small, incremental changes to the settings on his 3-D printer. “We blended and melted the material, made filament with it and fed it into the printer. Depending on which settings we selected, we’re able to get entirely different drug profiles,” he explained. “With as little as two clicks, I could make a tablet that could last three days in the body or six hours - it just depended on the needs of the patient.”

The next phase of research, which focussed on bilayer tablet development for the delivery of multiple drugs, saw them experiment with more clinically-relevant drugs, such as Lovastatin and Hydrochlorothiazide. Collectively, these medications are prescribed for metabolic syndrome, which is an amalgamation of diseases that can occur over a person’s lifetime and combines cardiovascular diseases, high blood pressure, cholesterol and fluid retention.

“People don’t even necessarily realise it, but metabolic syndrome is actually the number one cause of preventable deaths in Ireland. There’s a reason why people are being told to cut down on processed foods and saturated fats,” Evert explained. “Aside from the high pill burden associated with polypharmacy, non-compliance can also stem from people who think ‘Oh, I’m feeling OK today, I don’t need to finish my prescription. But the reality is with strokes, heart disease and heart failure - they just happen. You won’t feel them coming; it’s not like having a head cold and having symptoms.”

Heralding a new era of modern, highly specialised healthcare, 3-D printing technology has the capacity to help people live longer, healthier lives. Potentially, customisable drug technology could be brought to the high-street and tablets of different drug profiles could be 3-D printed in-situ by pharmacists all over the country. “Pharmacists will be able to make up the drug profile based on a patient’s unique needs there and then. With the right drug-loaded polymers in stock and a small 3-D printer, they’d be able to print your tablets in the actual pharmacy itself,” he explained. “We’re still learning about how different people react to different drugs and dosages and therapy approaches, so while we’re not there just yet in terms of making this a reality, this is where medicine dispensing is going and what we’re hoping for.”

A key enabling technology for this new frontier of personalised medicine, 3-D printing can easily and cheaply produce tablets that are customised for individual patients or population sub-groups. As exciting as this new technology is, it’s not without limitations: “For us to print a batch of 30 tablets on a desktop printer takes something in the region of four hours,” Dr Major pointed out, adding: “Whereas traditional methods of production can produce thousands of tablets an hour on one tabletting machine.”

To tackle this issue, the researchers have adopted a mass-customisation approach which combines a high volume process and injection moulding with 3-D printing to produce customised tablets at a significantly higher rate of production. While still at an early stage, this work has shown considerable promise in being able to produce customisable tablets which will facilitate revolutionary ‘made to order’ personalised healthcare.

Evert, who is a recipient of Athlone Institute of Technology’s President’s Seed Fund, was recently awarded the Materials Research Institute’s ‘Best Overall Paper’ award for his seminal PhD research. The full scientific paper is now avail to view online in the International Journal of Pharmaceutics.

An educational powerhouse defined by a commitment to academic excellence, rigour and applied education, Athlone Institute of Technology has enjoyed considerable successes in the academic arena this year, most notably being named ‘best in class’ for research across the technological higher education sector. Further solidifying its reputational prowess, the institute was recently awarded ‘Best Academic Partnership’ at the prestigious national Education Awards for its part in developing SURE, Ireland’s first academic network dedicated to promoting undergraduate STEM research across the technological higher education sector. These accolades build upon the institute’s success in winning the Sunday Times Good University Guide ‘Institute of Technology of the Year’ award in 2018. 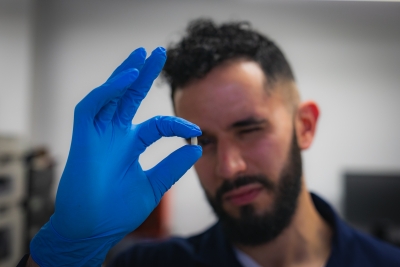 Download Hi-Res Image for One Pill to Cure Them All? AIT Researchers Working on ‘Made to Order’ Personalised Healthcare Technology