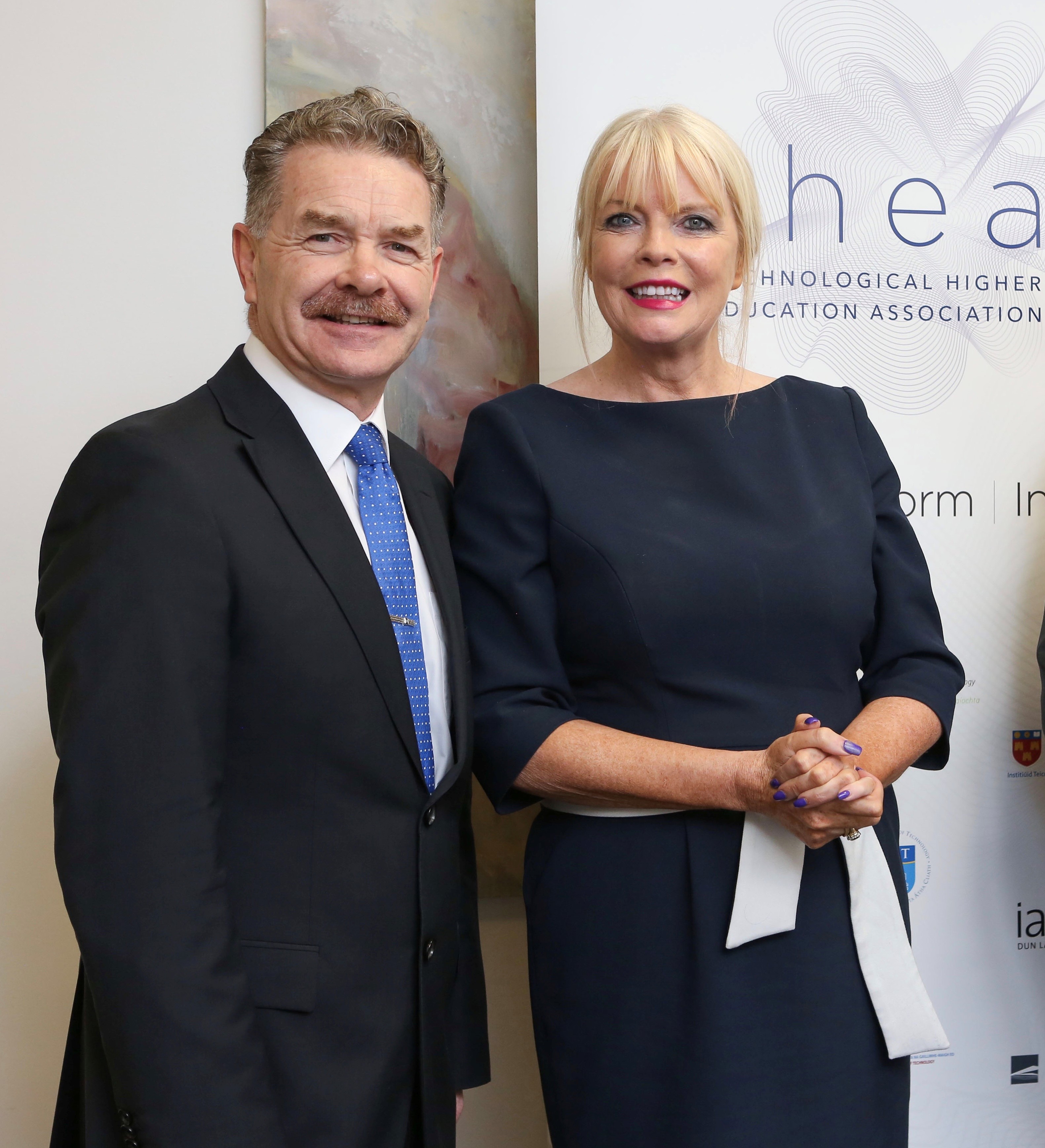 Athlone Institute of Technology has today, Friday, 18 October, welcomed the announcement by Minister Joe McHugh and Minister Mary Mitchell O’Connor of €2 million in funding for the AIT/LIT consortium as part of the Government’s investment in the progression and advancement of the technological university sector.

This funding further endorses the Governments support for the new AIT/LIT consortium and the development a unique technological university for the Midlands and Mid – West.

Minister Mitchell O’Connor noted that the consortium, which was announced on Monday, is an “exciting new development.”

“I am delighted that Athlone Institute of Technology and Limerick Institute of Technology have decided to come together as a technological university consortium. This merging of their respective strengths and attributes will be transformative for the Midlands and Mid-west regions, for their communities, regional economies and will provide new and exciting pathways to higher education for students.

“The emergence of the technological university sector is the single most important development in the higher education landscape of recent years and a very significant element of the national research agenda. The technological universities are pivotal in assisting in the delivery of national strategic priorities as outlined in Project Ireland 2040 and the National Development Plan 2018-2027.

“These priorities relate to wider higher education access, the provision of research-informed teaching and learning, to increasing regional development and socio-economic progress. Technological Universities are anchors in their communities, acting as a catalyst for local and regional economies as employers, and also as incubators for industry and technology,” Minister Mitchell O’Connor explained.

Welcoming the funding, President of AIT, Professor Ciarán Ó Catháin said that this funding will act as a catalyst in expediting the AIT/LIT application for technological university status.

“Delivering a technological university is of fundamental importance to leveraging our respective regions and ensuring they continue to grow and prosper for the betterment of the communities that live, raise families and work within them.

“This funding will facilitate the building of both research capacity, increase the number of staff with cutting-edge technical and research-based skills and continue our efforts to upskill our talented workforce and supply industry with a talent pipeline of work-ready graduates. In doing so, it will further our status as a leader in applied education, industry-focussed research and innovation output - all of which is regionally impactful.

“The relationship between the ambition of our consortium and the success of the industry in our region is at the forefront of our priorities in order to maintain, develop and evolve contemporary and relevant educational, training and research provision,” Professor Ó Catháin said.

Earlier this week, as part of Budget 2020, Minister O’ Connor announced an effective trebling of funding dedicated to TU development and progression, amounting to €90 million over the period 2020 – 2022. In total, this will provide more than €120 million for TUs. She stated that the funding was a testament to the significant contribution TUs will make to advancing regional development and socio-economic progress.

LIT and AIT announced earlier this week that it was forming a consortium to develop a new technological university for the Mid-West and Midlands, having made a joint application for funding earlier this year to the Higher Education Authority 2019 call for submissions for higher education landscape restructuring, consolidation and collaborative projects.

An educational powerhouse defined by a commitment to academic excellence, Athlone Institute of Technology has enjoyed considerable successes in the academic arena, most notably being named one of U-Multirank’s ‘Top 25 Performing Universities’ in the world for interdisciplinary research the second consecutive year. Further solidifying its reputational prowess, the institute continues to enjoy the highest ranking nationally in the Irish Survey of Student Engagement – 69% versus 29% national average. These accolades build upon the institute’s success in winning the Sunday Times Good University Guide ‘Institute of Technology of the Year’ award in 2018 and Runner Up award in 2017.