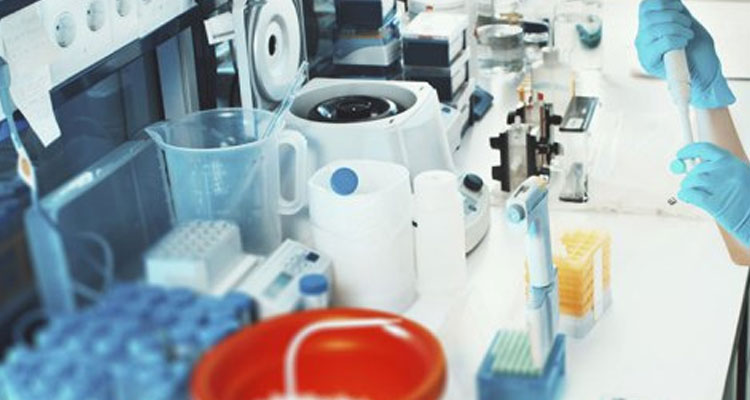 Kiera Ward graduated from AIT as a sport scientist, which involves investigating different ways to improve sporting performance through applied science, in 2015. She has completed a Masters by Research in Human Physiology and Metabolism on a collaborative project with the European Space Agency, and is currently a PhD student in the fields of Exercise Physiology and Metabolism. This February, after applying for ESA Academy’s Human Space Physiology Training Course in Belgium, she was one of only 22 European students to be awarded a place. “Space, as a field, has fascinated me since I began my postgraduate research project,” says Ward. “I’m studying the effects of prolonged bed rest on physical and metabolic characteristics of healthy male subjects, a study funded by the European Space Agency.

ESA’s Human Physiology training course offered me the knowledge and insight into the key physiological alterations resultant from microgravity from space experts and scientists. This included the changes in physical and metabolic characteristics that I was studying as part of my master’s research, in addition to information on the major issues and challenges facing human spaceflight. “Over the four-day course, I was captivated by the many fantastic space experts from within ESA and academia discussing their own experiences and findings from researching life in space. I learnt about life in space, the challenges, lessons and successes that have led to the permanent habitation of the International Space Station. I also learnt about the conditions it must provide and protect against to support life.

“The course was a brilliant opportunity to network and communicate with other student researchers and physiology experts to learn about their involvement and experiences in the space sector and make connections for life.” Ward has big plans for the future: “I have just successfully transferred onto the PhD register and I’ll continue my analysis on investigating the effects of long-duration bed rest on body composition and insulin sensitivity in healthy, male subjects. “We are in talks with other researchers from our metabolic research consortium, consisting of a metabolic research team in AIT and a team in Dublin City University, about the possibility of conducting a shortterm bed rest study in Ireland in 2018. “This work will add to the work we have completed already on the ESA bed rest study, and would provide a fantastic opportunity to study the effects of acute exposure to inactivity in an environment that we could control.”

With an extensive background in stem cell therapies for lung injury, Dr Claire Masterson is a Lead Post-Doctoral Researcher in the Bioscience Research Institute at AIT. She studies the potential of mesenchymal stromal cells (MSCs) as therapy against sepsis and pulmonary injury.

“I completed my undergraduate degree in 2007 with a BSc (Honours) in microbiology from NUI Galway and my Master’s degree in stem cell research at the Regenerative Medicine Institute (REMEDI) in 2008. “Following this, and a short period as a research assistant in REMEDI, I carried out my PhD studies in the department of anaesthesia, NUI Galway until 2013.” Masterson adds: “I was a research scientist in Orbsen Therapeutics Ltd before commencing my post-doctoral research in St Michael’s hospital in Toronto, Canada on an ERS (European Respiratory Society) long-term fellowship award. I returned to Ireland in 2016 to take up the post-doctoral research position in the Bioscience research institute in AIT. I’m now using my skills and expertise on the study of mesenchymal stromal cells (MSCs) and their potential as an effective therapy against sepsis and pulmonary injury.” Sepsis is a devastating condition accounting for up to 25pc of all hospital deaths with a mortality rate of up to 33pc. Pneumonia is the most common cause of sepsis, with the lungs being a prime site of infection in many cases. “There is no cure for sepsis and current treatments involve the use of antibiotics to combat the infection with mixed success,” says Masterson. “With the emergence of antibiotic resistance, there is an urgent need for an alternative treatment for this condition. Collaborative HRB (Health Research Board)-funded research, between Athlone Institute of Technology (AIT) and NUI Galway, are combining stem cells and novel bioactives, which improve overall body function, as a potential new intervention for sepsis mitigation. “While use of bone marrow derived MSCs has proven effective in a range of conditions, this timely approach offers many desirable characteristics which make it an ideal therapy for combating sepsis. This includes the stimulation of beneficial host immune responses, along with important anti-bacterial activities.”

The current HRB-focus will bring this innovation to a new platform level with global orientation, where smart food-grade bio-actives have been used to enhance and optimise MSCs for a more potent therapy. In an environment that has witnessed a dramatic decline in new therapies to combat antibiotic resistant bacteria, this project offers a new horizon and hope. “The project has produced a promising, potent bio-active cocktail that has been taken to pre-clinical studies for the treatment of bacterial sepsis.”