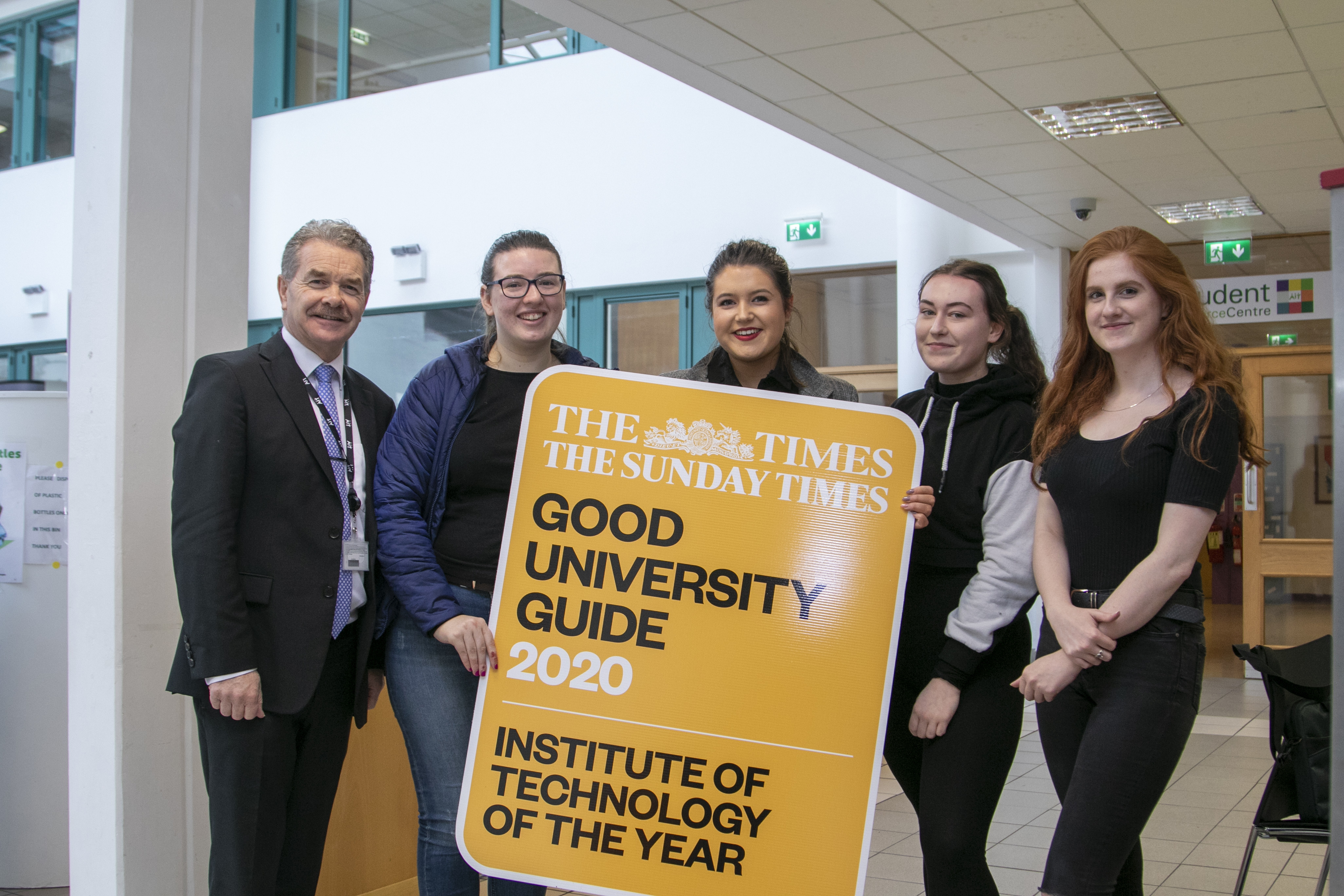 This is the second time in three years that AIT has taken the top spot in Ireland’s official league table.

This is the second time in just three years that the multi-award–winning institute has secured the prestigious accolade, having previously been awarded the overall ‘Institute of Technology of the Year’ in 2018, and the ‘Institute of the Year Runner-Up’ in 2017.

This news follows a year of considerable success for the Midlands-based third level institute, who just last month announced its intention to form a technological university with Limerick Institute of Technology.

The TU announcement, which has received tremendous support from government and the local community, is expected to be transformational for the Midlands region and will provide new and innovative pathways for all learners.

According to Alastair McCall, Editor of The Sunday Times Good University Guide: “It seems highly likely that AIT will form Ireland’s second technological university in the coming months, testimony to the critical role it already plays in the regional economy and its ambitions to be a national and international player.

“A twin focus on the needs of regional business and a growing student body has paid handsome dividends. Twice the national average number of students responds to the annual survey of student satisfaction, making AIT’s sector-leading results all the more remarkable. Students here know they are on to a good thing – and they want to tell as many people as possible about it.”

He also credited the institute’s plans for a €25m STEM building which will provide capacity for an additional 1000 students to meet increased demand for programmes such as pharma, biopharma and microbiology as a reason for the reward, remarking it “reflects its confidence in its future.”

Further solidifying its reputational prowess is Athlone Institute of Technology’s continued success in the Irish Survey of Student Engagement, which was included in The Sunday Times Good University Guide rankings for the first time last year. The institute has consistently held the top spot for ‘most satisfied student body’ which encompasses how happy students are with their courses and their overall student experience.

Welcoming the award, President of Athlone Institute of Technology, Professor Ciarán Ó Catháin, said: “We are delighted to be named The Sunday Times Institute of Technology of the Year – the second time in three years. This award marks a pivotal moment in our near 50-year history as we stand on the cusp of becoming a technological university. Our multi-award-winning institute is an educational powerhouse, one that consistently punches above its weight and defies expectations on a regional, national and global scale.

“We pride ourselves on providing an exceptional, student-centred educational experience with a strong focus on applied learning and academic excellence. The student experience is at the heart of everything we do here at Athlone Institute of Technology. Despite our growing student body – more than 6,000 students call us their “home away from home”- our students are names, not numbers and they enjoy one-to-one learner/lecturer interactivity.

“Our people are the core of our institute and this award recognises their boundless passion, creativity and expertise. Our staff, individually and collectively, made a vital contribution to the enhancement of our educational provision through their attention to students’ experiences as learners.”

The Sunday Times Good University Guide is Ireland’s official league that measures the performance of the country’s 19 higher education institutions. The full rankings will be revealed in the guide on Sunday, 3 November.

Athlone Institute of Technology is a vibrant, contemporary institution distinguished by academic excellence in teaching, learning and research. The institute has enjoyed considerable success in recent years, most notably being named The Sunday Times ‘Institute of Technology of the Year 2020, 2018 and Runner-Up in 2017. The institute also tops Ireland’s official league table for research and has been listed in U-Multirank’s ‘Top 25 Performing Universities in the World for Interdisciplinary Research’ in 2018 and 2019. Athlone Institute of Technology is ranked number one for student satisfaction nationally for the sixth consecutive year with its students rating their educational and student experience as excellent.