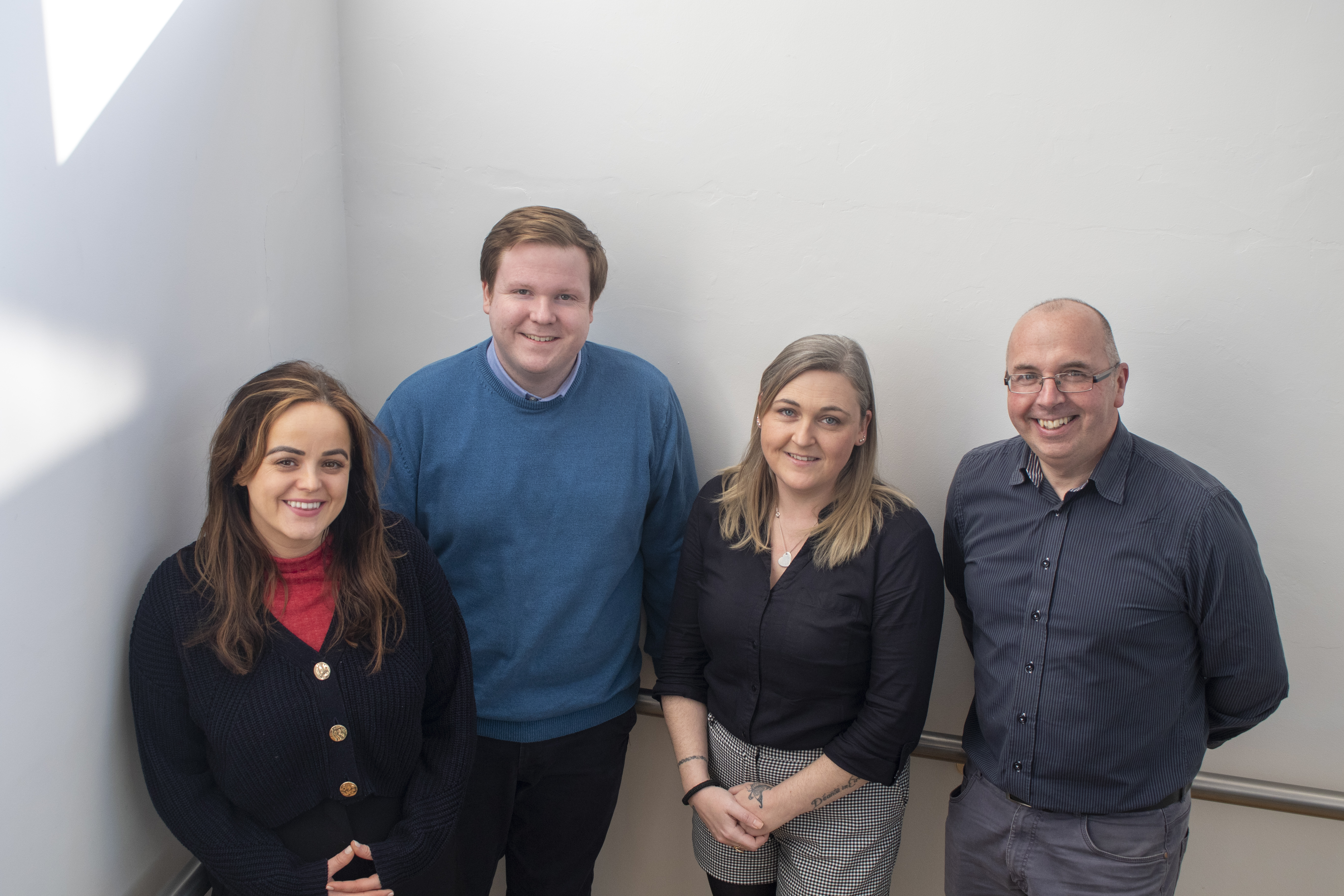 New research looking at the use of cutaway peatland and poor agricultural land for freshwater fish production is underway at Athlone Institute of Technology.

A team of researchers led by Professor Neil J Rowan, director of Athlone Institute of Technology’s Bioscience Research Institute, is investigating the use of naturally occurring microalgae to help mitigate disease and improve fish health in freshwater fish farms.

This intensive sustainability initiative, which is being carried out in partnership with Bord na Móna as part of its move away from peat harvesting, is expected to ‘breathe life back into the bog’ through improved production efficiencies and management of farmed fish in new inland fisheries.

Aquaculture, the breeding, rearing, and harvesting of fish, is now the fastest growing food sector globally due to a rapidly increasing population. It is estimated cultured fish will make up 62% of the fish consumed by people by 2030.

“There are, however, limitations with traditional aquaculture approaches, such as a lack of available freshwater and space for expansion of existing facilities,” Professor Rowan explained.

“The advances being made in the use of cutaway peatland and poor agricultural land for freshwater fish farming will enable us to meet increased demand for sustainable food production.”

Peatland-based aquaculture differs from traditional aquaculture in that it harnesses water from rivers and lakes, whereas the traditional system must consider the environmental impact of expansion and possible threats from potential pollutants in raw, untreated wastewater such as agricultural run-off.

The researchers, among the Dr Emma Jane Murphy, a lead postdoctoral researcher within Athlone Institute of Technology’s Bioscience Research Institute, will harness the power of microalgae using real-time technologies.

“We will be conducting the first studies on novel extraction of immune-stimulating bioactives and nutrients from these microalgae to see if they can be used to support a healthy fish population,” Dr Murphy explained.

According to Professor Ciarán Ó Catháin, president of Athlone Institute of Technology, this cross-cutting eco-innovation project “highlights the great strides our world-leading researchers are making on a global stage in terms of addressing pressing societal challenges.”

He also said that it served as a further testament to the institute’s role as a driver of growth and innovation within the Midlands.

“Aligned with the Regional Enterprise Plan 2020, the research will ensure that the Midlands is well positioned to address the challenges posed by Ireland’s transition to a low-carbon economy and renewable energy while harnessing the potential for sustainable food production and growth of these industries.”

“This low-cost, environmentally-friendly aquaculture applied research will aid the development of new eco-innovations and contribute to Ireland’s position as a leading innovator in aquaculture that will underpin production efficiency and sustainability leading to increased competitiveness globally,” he explained.

In 2015, Bord na Móna announced it was transitioning towards a more sustainable business model and that it would cease harvesting peat for energy completely by 2030.

The AQUAALGAE+ initiative is strongly aligned with Ireland’s FoodWise2025 policy that seeks to grow food exports by 85% to €19bn by 2025.

The project is part funded by the Irish Government and the European Maritime and Fisheries Fund under the Knowledge Gateway Scheme and administered by BIM, Ireland’s Seafood Development Agency.

Athlone Institute of Technology is a vibrant, contemporary institution distinguished by academic excellence in teaching, learning and research. The institute has enjoyed considerable success in recent years, most notably being awarded The Sunday Times ‘Institute of Technology of the Year 2020, 2018 and Runner-Up in 2017. The institute also tops Ireland’s official league table for research and has been listed in U-Multirank’s ‘Top 25 Performing Universities in the World for Interdisciplinary Research’ in 2018 and 2019. Athlone Institute of Technology has ranked number one for student satisfaction nationally for six consecutive years, according to the Irish Survey of Student Engagement which looks at how happy students are with their degree and overall student experience.