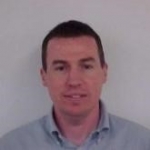 Tom Egan graduated from Electronics and Information Technology at AIT in 1995. He is currently a resident of Sunnyvale California where he has been working in the IT industry since 2000. He holds the position of Director of QA at Bitcasa, a startup specialising in cloud storage. Before being appointed to this position Tom held several Sr Management positions with other Silicon Valley high tech companies, including Fujitsu Softek, IBM, 3par/HP and Violin Memory. Tom’s first position after graduating from AIT was at NCR where he worked from 1995 to 1997. Before making the move to California, Tom also held positions at IBM, Sun and Fujitsu Softek in Ireland.

Tom enjoys working in the fast paced and diversified workforce which makes up Silicon Valley. Silicon Valley is home to companies such as Google, Facebook, Twitter and many more. This high concentration of companies make the bay area a fantastic area to network and grow ones skills. Opportunities are plentiful for both new grad’s and seasoned professionals.

Speaking about the formation of the new chapter Tom said “I am looking forward to working closely with the AIT Alumni and helping graduates of AIT to explore opportunities in the San Francisco Bay area.”