Head of the School of Engineering, AIT 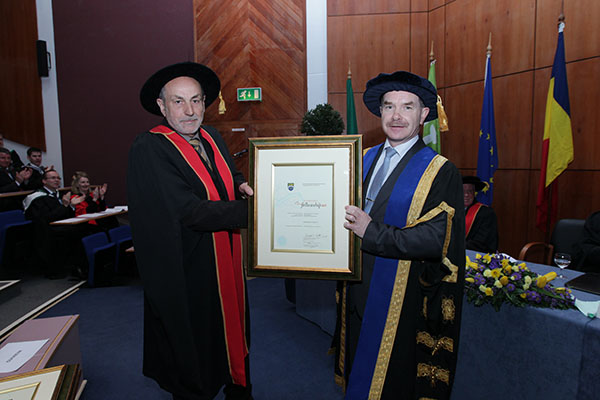 Efficient back boilers and oil fired central heating systems may well owe their origin to the Norman invasion and to the Earls of Desmond! The Grant family in Ireland trace their arrival to the Geraldines and the Norman Invasion in 1169. They were made Barons of Iverk in Kilkenny in 1170. Later, they were dispossessed by Oliver Cromwell and they scattered far and wide over the following centuries, dispersing to the Americas and even as far as Shinrone, Co Offaly where the forebears of Stephen Grant settled.

I remember my father’s excitement in the 1970s when a radiator in an upstairs bedroom was heated from the kitchen fire. I would run up and down that stairs every five minutes, directed to check  if the radiator was still hot and to report how hot it really was. I would shout back reports on the state of the radiators as if from a laboratory and as if we had made an important discovery. And indeed we had. The Grant back boiler had made an indelible mark at a place and at a time in Ireland and it launched Stephen Grant in his own business.

Stephen Grant is one of the world’s serial inventors. A holder of more than 50 patents, today he concentrates his business for the most part on oil fired burners, with a growing product  portfolio in biomass burners and solar panels.

His inveterate curiosity continues to shine. He is currently developing boilers that will take biofuels additives. The top 20 rated oil boilers in the UK are all Grant products. He has captured 60 per cent of that market and more recently, his company, Grant Engineering is exporting to Denmark and to New Zealand.

Higher education is in many ways an interloper on the life and times of Stephen Grant. He is a refreshing blast from the past. Like most great inventors of years gone by, Stephen experiments in his own workshop, at a time when most invention comes either directly or indirectly from universities.

Stephen left school after his Group Certificate and became an apprentice motor mechanic, working with Haines in Birr and then with Erin Foods. He started installing oil fired central heating units in 1973 until the first oil crisis hit. Responding to the market, Stephen then tried installing third party back boilers but quickly realised that they did not work well. So, he developed his own unique system in 1975. That system was far more efficient and ensured that most of the energy was not going up the chimney.

He worked night and day. By 1980 his business had grown and he bought a site at Crinkle, in Birr where he is today. When the oil business grew again in the mid-eighties, Stephen developed his own oil burners. From that modest beginning, he now has 120 separate products. The products are found in domestic houses. They can be configured together to heat large buildings and they even work on the high seas, on fishing and naval vessels.

Stephen does not have a formal engineering degree, but he is a wonderful engineer. His training and education were shaped from a natural ability with his hands, a brilliant mind, a keen sense of what is needed and an insatiable curiosity.

He has shown me around his factory. There is not one piece of equipment or process or person that he does not know intimately. His nocturnal habits would make you tired just to listen to them. He gets up sometimes at four in the morning, his head filled with ideas. He jots them down and works with his staff to realise his sketches.

Stephen has been widely acknowledged. Offaly Man of the Year in 2008, and winner in the same year of the industry category of the Ernst & Young Entrepreneur of the Year. Grant Engineering continues to grow during this recession, the reduced number of customers now more discerning about the quality of what they are buying. His company turns over €75 million per year, up from €48 million in 2005 and he employs more than 300 people.

And if that is not enough, Stephen has a keen sense of corporate responsibility, the desire to give back to communities that are unable to help themselves. He has built a business centre for fishermen in Haiti and he travels there regularly to support the small fishing industry that has resulted.

Whether it is the Birr air that fosters invention and innovation or the Geraldine bloodline or the Crinkle water, we are blessed to have so close to us, someone who has changed so many lives and who is a true inventor. He is a role model for engineers, for entrepreneurs, for businessmen, and for caring corporate responsibility. Indeed, higher education is honoured to honour him. Perhaps I should simply say I present Stephen Grant, inventor, innovator, entrepreneur and philanthropist.